Learn about the Innovate UK-funded project to increase productivity, performance, and quality in the construction industry by tackling data exchange issues. 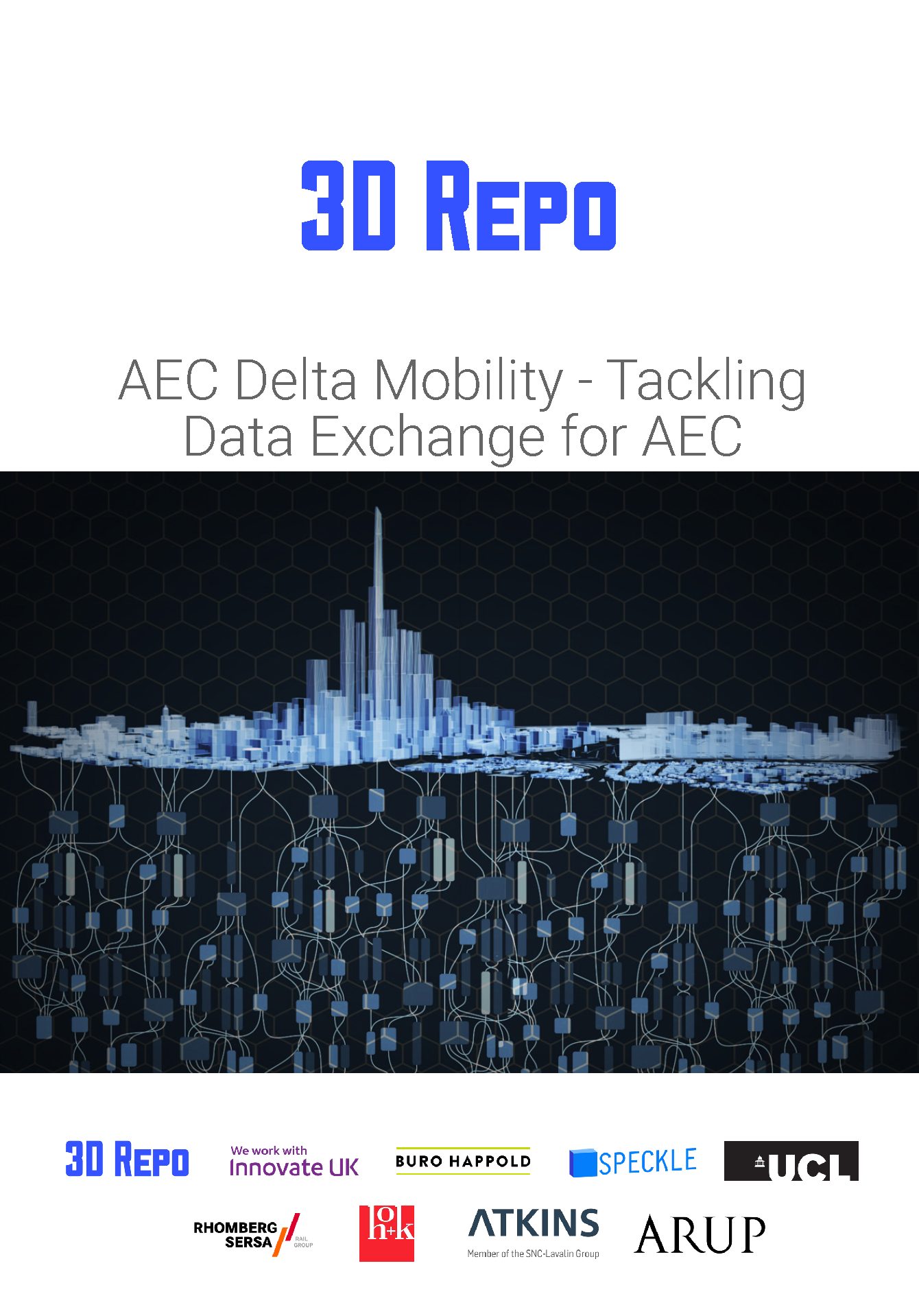 An industry-wide consortium of partners including Buro Happold, 3D Repo, Speckle Works, UCL Bartlett School of Construction & Project Management and Rhomberg Sersa Rail Group, with external support from HOK, Atkins, and Arup joined forces to tackle some of the key issues in Architecture, Engineering, and Construction (AEC) as part of the UK Industrial Strategy Challenge Fund.

The aim of the Innovate UK-funded project was to increase productivity, performance, and quality in the construction industry via a £1m innovation grant.

The consortium set out to address two industrial issues with their project named ‘AEC Delta Mobility’:

The project focused on the manual process whereby software users exchange large files and 3D models to communicate design changes (deltas) between designers, integrators and fabricators. Issues arise due to proprietary file formats and commercial vendor lock-in causing significant overheads especially in design for manufacturing. Even though open standards such as IFC, COINS and BCF paved the way for collaboration, they are neither suitable for manufacturing nor scalable to large architectural and infrastructure projects.

IFC, for instance, requires enormous amounts of memory to process (a single 1GB IFC file will easily consume 32GB of RAM over several hours of processing on a powerful server), not to mention inconsistent support across different applications.

“The project set out to expand our existing software platforms and define a new open ecosystem for data sharing in the AEC industry, where current methods see large proprietary files being shared inefficiently.” 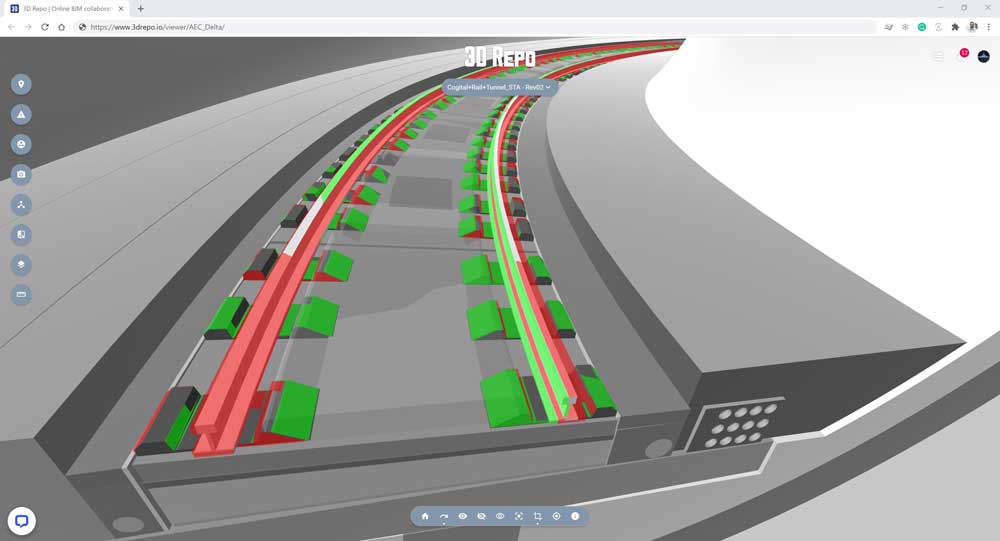 The AEC Delta Mobility project breaks open these files to be transactional on the individual parts of the file rather than the file as a whole. So, where a small design change (a delta) is made to a single object in a 3D model, it is only that small design change that gets transmitted.

Fig. 1 shows an example using a rail tunnel federated in 3D Repo which experiences bending as well as elevation changes throughout its length. The desired task is to detect and visualise model changes in a 3D environment. Here, the model comparison is based solely on geometry, regardless of object ID’s and file or data format and can be compared easily. Green indicates additions to the model and red for deletions.

These model revisions are currently communicated by transmitting and comparing the entire revision. This is where the AEC Delta Mobility project steps in, transmitting only the small and specific design change which speeds up the process.

How data is currently shared 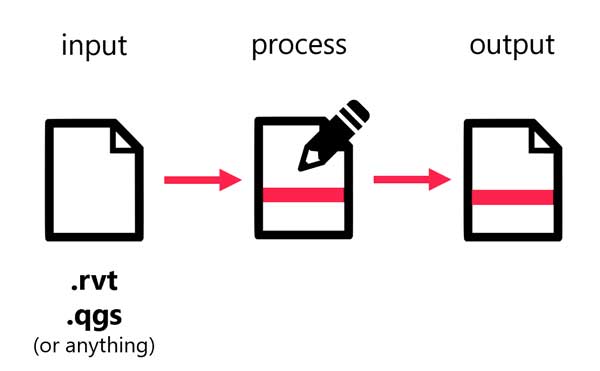 How Deltas will be shared 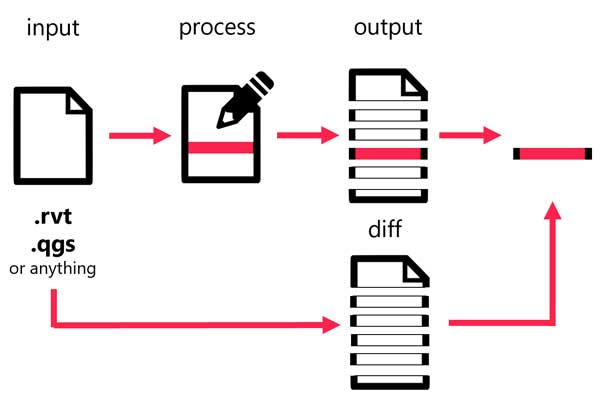 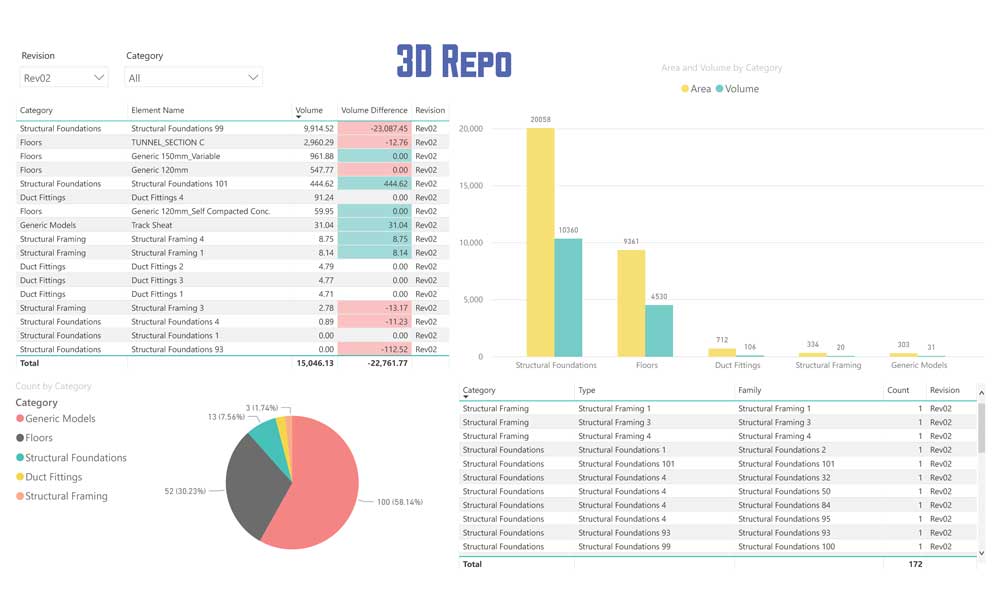 Fig. 3 shows the implementation of The Buildings and Habitats object Model (BHoM) running inside Grasshopper linking across via live adapters to Speckle Systems and 3D Repo. The live adapters allow BIM objects to pass through to the reference platforms shown on the right-hand side. Changing the number of floors of a building in Grasshopper is then live-streamed to Speckle Systems and 3D Repo to reflect the changes.

This new and open ecosystem is a collaboration between the most famous and internationally renowned architectural and engineering practices with the standardisation support from Building Smart International and the UK BIM Alliance. The project successfully delivered an open specification and an open-source reference implementation but also supports further development of paid for services that will drive adoption, commercialisation and long-term support.

Our unique approach is expected to streamline the design processes for manufacturing, reduce delays and thus directly increase productivity on a wide variety of multidisciplinary projects. Such a solution will help engage manufacturers in the early design stages resulting in increased pre-manufactured value of build assets across the sector

“As a result of this new standard, users are able to live-stream individual changes instead of sharing large files over and over again to whichever application is conformant with the newly proposed AEC Delta Mobility specification.” 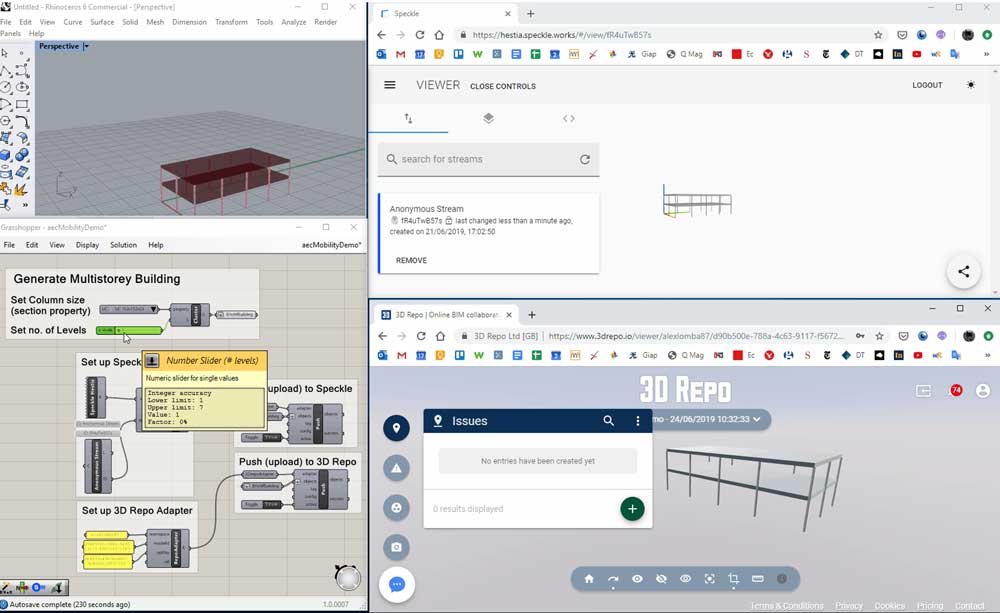