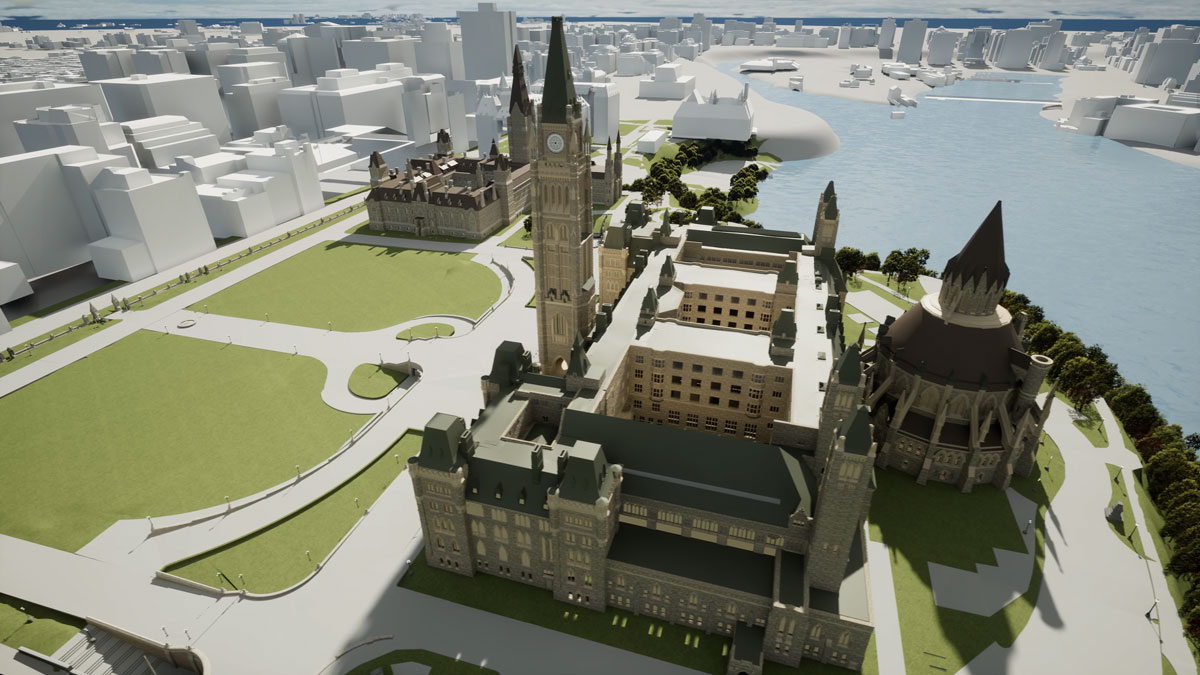 The largest project of its kind ever undertaken in Canada, the expansion and restoration of the historic Canadian Parliamentary complex in Ottawa, is expected to take ten years to complete.

After careful planning and extensive consultation, this substantial project, which is predicted to cost several billion dollars, has been given the green light.

The project involves the renovation of the entire Parliament complex which was originally completed in 1860 and subsequently rebuilt after a fire in 1916. The complex is made up of a Central block, an East and a West wing, together with a 302-foot-tall Peace Tower and surrounding grounds that face the Ottawa river and overlook the city.

More than 600 individuals from leading engineering, design and construction companies across the country will participate in the work. HOK Architects, together with other leading suppliers, has formed a joint venture – Centrus – which will be working on the Centre Block project for the duration of the renovations. To save money and time and to minimise the risk of errors, HOK is making extensive use of 3D Repo – a powerful and innovative 3D BIM (Building Information Modelling) system.

The benefits of advanced versioning systems

The Canadian Parliamentary complex is being redesigned and modernised to provide new types of spaces, as the needs of the people working for the Canadian Government have changed considerably since the last rebuild in 1916. The Centrus team is also aiming to meet stringent requirements relating to green credentials and user-friendly design. But one of the biggest challenges to date has related to upgrades to 3D models of the project.

As a result of this experience, the HOK team now uses 3D Repo as an advanced versioning system to dynamically track changes in the geometry of its 3D models. Since 3D Repo retains full information on all previous models, the risk of data loss or corruption is eliminated.

Eliminating the risks of data loss

Another benefit for HOK of using 3D Repo is that it stores data in a local cloud-based repository. Most potential alternatives do not support regional repositories, which makes it difficult or even impossible for them to meet the Canadian Government’s request that data for the project should reside in Canada rather than elsewhere.

HOK has also been investigating the use of 3D Repo to create a supplemental versioning system that enables the team to trace its BIM related data and the Revit model specifically throughout its lifetime, so it can compare that information when upgrades are performed, or major model changes are executed. In addition, the team has used 3D Repo alongside the Revit model to create a versioning system of the geometry and the point cloud data throughout the project’s entire history. 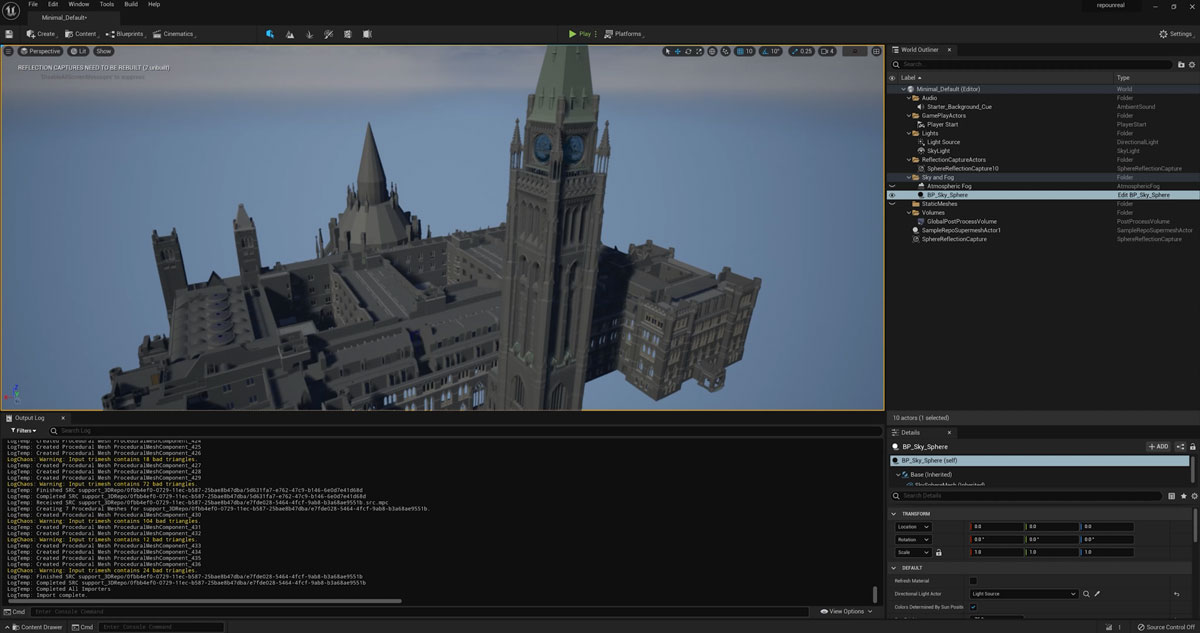 In addition, HOK has benefited from the new plugin that’s been developed by 3D Repo to enable streaming of content and differential checks into Unreal Engine.

“We worked with HOK on cloud-based data validation and large-scale geometry validation that otherwise would not have been possible”, explained Dr. Jozef Dobos, CEO and founder of 3D Repo. “Using 3D Repo, HOK was able to push their complicated 3D models straight from the authoring tools to the cloud for version control and federation purposes. Since all the data is available through the APIs, there is no need to re-issue the model and the data is already in the Unreal Engine and 3D Repo during run time.”

This way, client-facing visualisations can be developed and kept in step with the engineering process without any delay. HOK is also able to retrieve 3D locations, meta-data, and other engineering information directly from the cloud without the need to build its own infrastructure.

These capabilities, alongside 3D Repo’s support, allowed HOK and its partners to collaborate effectively and streamline the process. What’s more, thanks to 3D Repo and Unreal Engine’s support, HOK architects are able to share 3D visualisations with the client and communicate progress and differentials in real-time. This is an invaluable resource, especially given the breadth and depth of the project, as it supports better and more effective communication for all parties involved.