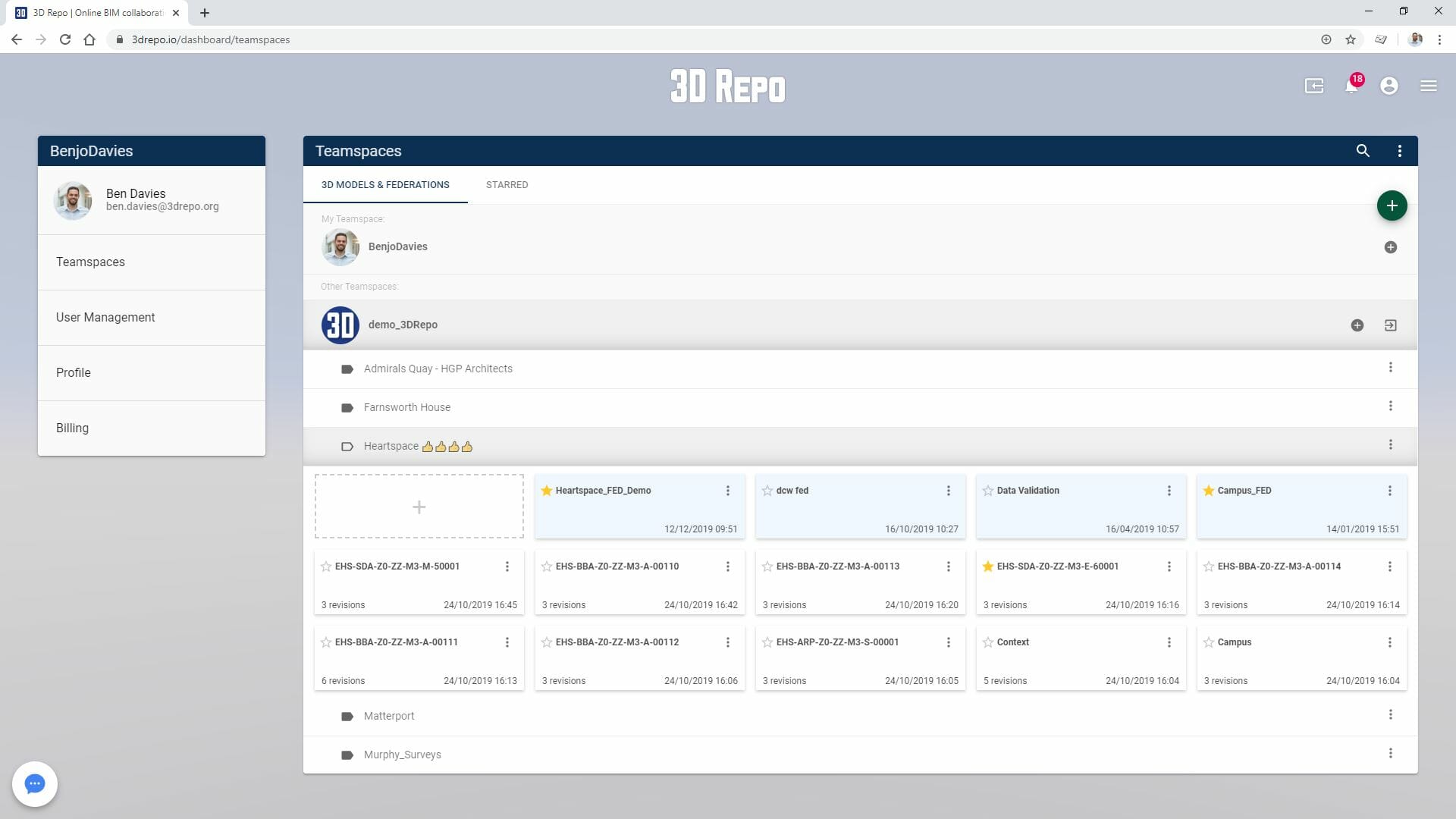 Teamspaces has been updated with improved layout and navigation. Available for all 3D Repo users, simply login to your 3D Repo account and navigate to the Teamspaces window.

We’ve also added a feature that enables you to quickly access your most used/visited model revisions and federations by ‘starring’ them. By simply clicking the star in the top left-hand corner of your favourite models adds them to your Starred tab.

You’ll see the Starred tab at the top of you Teamspaces window. Use this tab to quickly find and your favourite models and revisions.