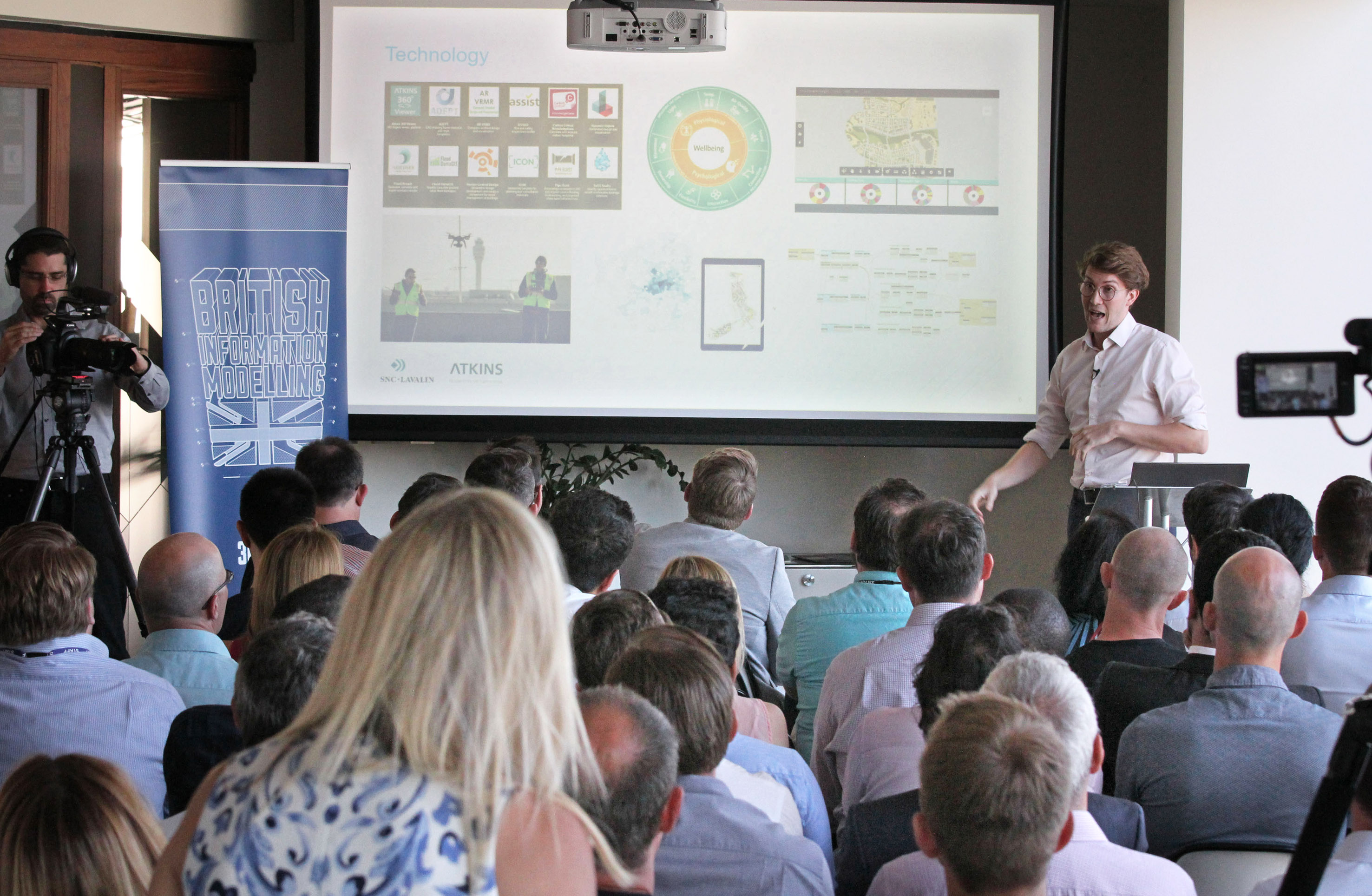 London, 29 June 2018 – Construction industry speakers meeting at fifth British Information Modelling Event made a unanimous plea for change in the construction industry.  In an event that discussed some of the latest advances in digital construction, speakers from Atkins, Cogital and TfL joined event sponsors 3D Repo and other technology innovators at The Shard, London.

The evening event also included a lively panel discussion, hosted by Oliver Hughes, Director of Digital Construction Week, following the speaker presentations.  The event also saw for the first time new developments in change and clash detection from 3D Repo, the company behind multi-award winning technology that allows complex BIM datasets from multiple sources to be stored and easily accessed anywhere via the web.

Alain Waha of Cogital discussed the importance of moving to digital collaboration with the evolution of a new AEC ecosystem where data, so often inaccessible due to legacy systems and inflexible contracts, can be freed for widespread, easier access.   Will Squires of Atkins outlined the steps that are needed to transform the industry using digital technology and called for modern construction techniques to be embraced, and Ceki Erginbas from TRL meanwhile gave an interesting talk on the use of BIM in planning autonomous vehicle routes.

3D Repo’s Andrew Norrie and Pavol Knapo gave a live demonstration to show how new developments in 3D Repo can be used to track changes and highlight clashes in projects, while Charence Wong explained the 3D Repo’s role in a major European project to tackle cyber security threats in the industry.  Finally, Dimitrie Stefanescu of Speckle Works explained his vision and technology innovation for a global community working in collaboration to create a digitally integrated build environment.

“It’s our fourth year running the British Information Modelling events and it’s encouraging to see that the industry is really beginning to understand the value of digital technology” commented Jozef Dobos, CEO of 3D Repo. “The panel spoke with one voice when they called for change in the outdated processes and systems that still hold back the construction sector.  They sent a clear warning that if companies do not change, they will not survive – as has been seen in other industries where new technology innovators have disrupted and completely changed their market.”

Digital Construction Week takes place on 17 and 18 October 2018 at Excel, London.  It is the only event series in the UK dedicated to innovation and technology in the built environment.  The event series features a two day exhibition with interactive, hands-on demonstrations, free to attend seminars, workshops and classes, networking events, and a full two-day thought leadership conference programme.