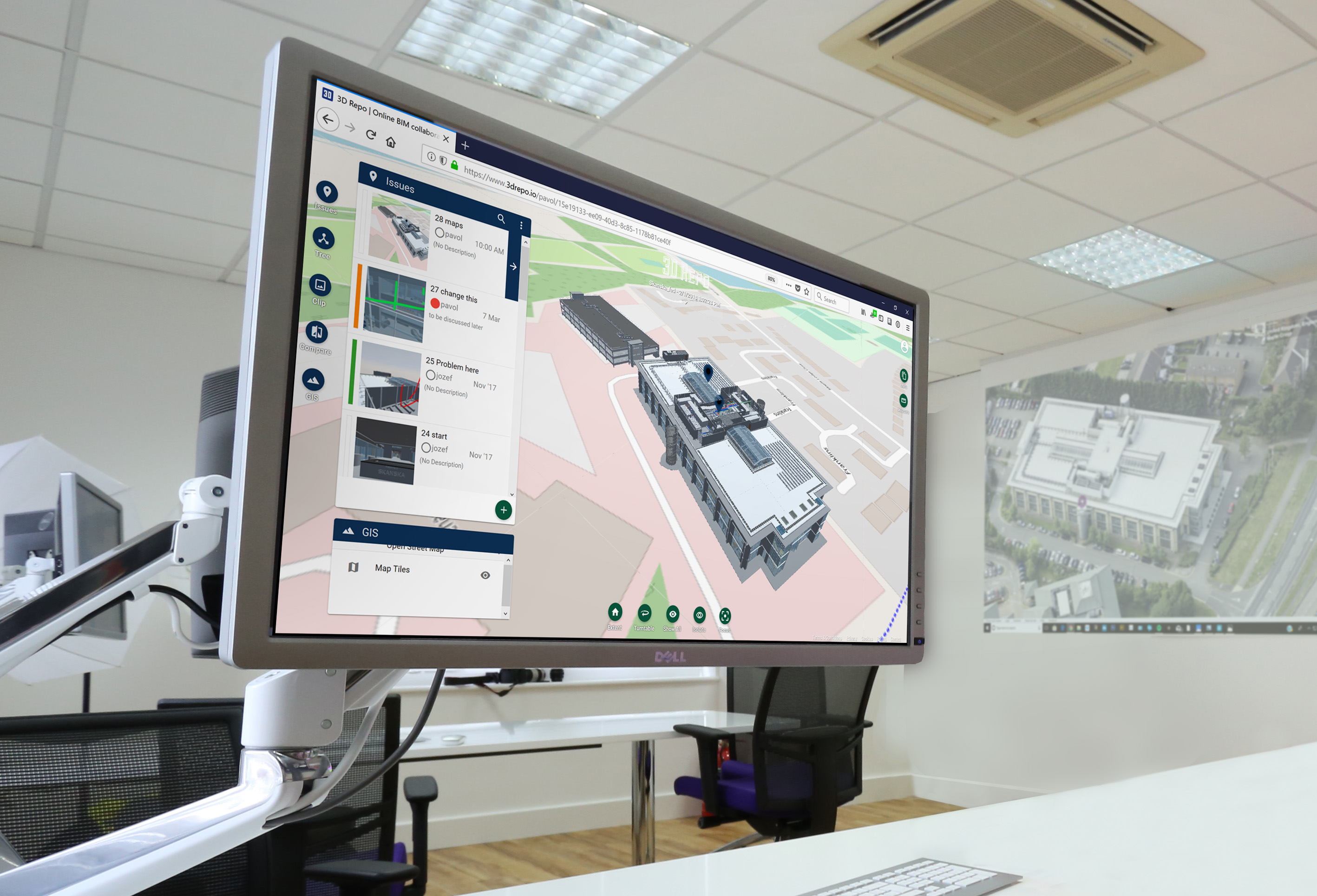 London, 07 November 2018 – 3D Repo has released the latest version of its cloud based digital construction platform complete with an online platform for the tracking of health and safety issues, SafetiBase, and support for Bentley CAD files. Designed to further promote collaboration within digital construction projects, the free version of 3D Repo now also offers users the ability to add additional users to a TeamSpace, completely free of charge. User storage has also been boosted within the basic package allowing entry level users to experience the true power of 3D Repo.

“This release is all about improving collaboration, co-ordination and communication with a focus on health and safety. We are also keen to prove the power of 3D Repo for new users,” commented Jozef Dobos, CEO and founder of 3D Repo. “SafetiBase is a great initiative that has the potential to really impact the way the industry works. Having the backing of some of the biggest players means we can really set the standard for how health and safety data is shared in a BIM environment.”

Included within the newly released 3D Repo is SafetiBase the collaborative way to share and use Health and Safety information and project risks, associating them directly to the model. Using existing best of breed solutions, including 3D Repo’s BIM platform, SafetiBase conforms to the newly published specification for ‘collaborative sharing and use of structured health and safety information using BIM’ (Publicly Available Specification PAS 1192-6).

Users of 3D Repo can now also upload 3D .dgn files, the CAD format files used by Bentley Systems, MicroStation and Intergraph, to 3D Repo where they can be managed in the online database and used in federations for design co-ordination. “By allowing direct support for the Bentley format we have opened a number of new workflows for our users which we feel will prove very useful moving forward,” added Dobos.

Up to five additional collaborators can now be added to a starter 3D Repo TeamSpace, assuming they have first pre-registered. The role and function of each user can also be restricted with new fine-grain user management and privilege settings including options for admin, read-only, commenting and full collaboration. A new pricing structure has also been announced with options ranging from a free starter package through to enterprise-wide solutions. New users are being encouraged to sign up for a free starter account at www.3drepo.org

Additional new features within 3D Repo include advanced filtering within the Issue Tracker, the ability to search both groups and saved views, live updating of groups and improved performance on large models.

3D Repo is the multi award-wining company behind the cloud based BIM platform that allows users to access the latest 3D models and make real time changes and informed decisions online. Often described as an online knowledge base, the 3D Repo platform is different from other collaboration tools as it uses a component-based database – meaning that information is live, useful and accessible throughout the entire project lifecycle.

Enquiries to Andrew Norrie at 3D Repo at marketing@3drepo.org

3D Repo is a multi-award-winning company offering a Software-as-a-Service (SaaS) platform for Building Information Modelling (BIM) in the cloud. Instead of architects, consultants and contractors sharing massive proprietary files in a costly and time consuming manner, they can simply point their web browser to an encrypted knowledge base in order to examine each project stage virtually.